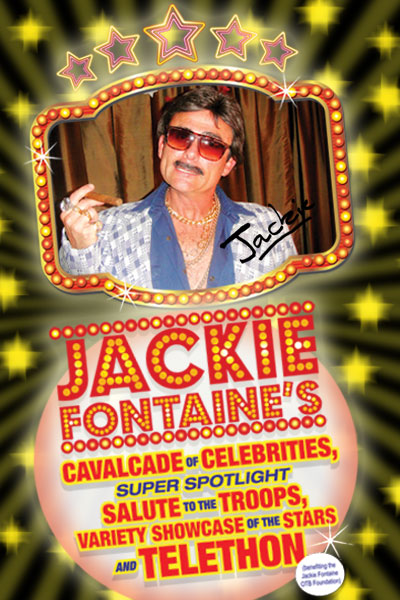 “Jackie Fontaine's Cavalcade of Celebrities, Super Spotlight Salute to the Troops, Variety Showcase of the Stars and Telethon”

What happens in Vegas won't be staying in Vegas because Jackie Fontaine is coming to Phoenix! Yes, Mr. Nightlife himself, the Prince of Comedy, Vegas' Original Troubadour, and his celebrity friends will leave you begging for more as they beg you for more for Jackie's kids and his OTB Foundation. Variety Showcase is an understatement, as Jackie leads this Cavalcade of Celebrities right up your aisle and into your hearts. It's an extravaganza more entertaining than American Idol, more fantastic than Dancing with the Stars and more exciting than America's Got Talent. Because none of them have the legend, the one, the only, Mr. Jackie Fontaine.