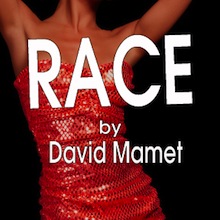 Regional Premiere — Pulitzer and Tony winning playwright David Mamet tackles America’s most controversial topic in a provocative new tale of sex, guilt and bold accusations. Two lawyers find themselves defending a wealthy white executive charged with raping a black woman. When a new legal assistant gets involved in the case, the opinions that boil beneath explode to the surface. When Mamet turns the spotlight on what we think but can’t say, dangerous truths are revealed, and no punches are spared.