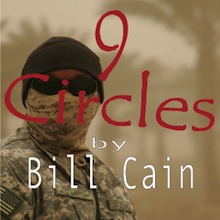 A return engagement of last season’s acclaimed production exclusively in the West Valley on the campus of A.S.U. West for their year-long series on “War and Peace”. A psychological thriller based on actual events. Daniel Reeves is arrested for crimes allegedly committed in Iraq. Desperate to remain a soldier, he is forced to navigate a labyrinth of commanding officers, public defenders, lawyers, preachers and military psychiatrists. The play speaks directly to a nation still at war, asking penetrating questions about the nature and consequence of all war and what it means to be human. Kerry Lengel of the Az. Republic described our production as “…a harrowing descent into the mind of a killer. That the play succeeds in humanizing him without excusing his crimes is an extraordinary feat…”