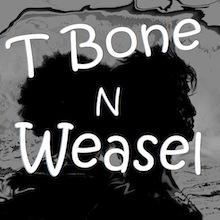 Premiered May 2013
Presented by iTheatre Collaborative

“Deliverance” has nothin’ on these boys. T Bone and Weasel are fresh out of prison and determined to bring themselves up to at least the poverty level, but even that climb is too steep for these boys. It’s Laurel and Hardy meets ‘O Brother Where Art Thou’ (without all the Greek tragedy stuff). Along their rip-roarin’ adventures, T Bone and Weasel meet a multitude of characters (all played by the same actor) who teach them that age old rule, ‘Crime doesn’t pay, at least not very well.’