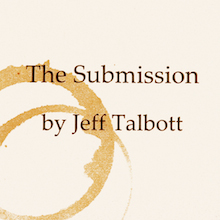 Danny has written a new play about an African-American family trying to get out of the Projects, and it has just been selected for a preeminent play festival. Problem is: Danny, a young, gay, white playwright, submitted the work under a pen name in the hope of increasing its chances for production. So he hires Emilie, a black actress, to stand in for him as author. What starts as a terrible idea becomes more terrible as Danny drags Emilie, his boyfriend, and his best friend down a long and dirty path of lies, hypocrisy and betrayal. A fiercely funny and intelligent new comic drama about the words we use to describe each other and the things we'll do to get what we want. "The Submission" was a semi-finalist for the 2010 O’Neill Playwrights Conference and won the inaugural Laurents-Hatcher award in 2011. It also won the 2012 Outer Critics Circle John Gassner Award for Best New Work. Please note this play deals with controversial themes of race and sexuality, and the power of words and language. It contains explicit, even profane, language.