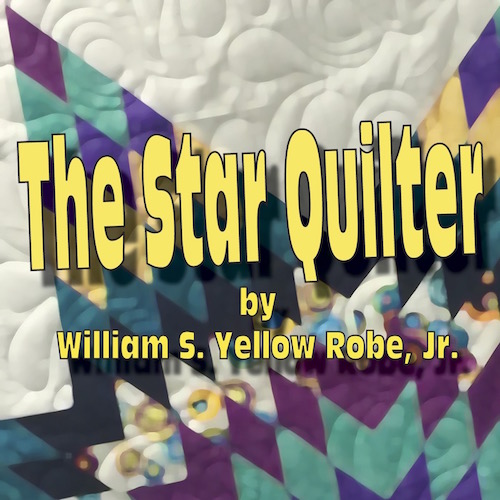 The Star Quilter details a series of encounters between two women from 1960 to 1990. A renowned quilter, Mona Gray, is asked by her white neighbor LuAnn to make a quilt for a Montana senator. The gift becomes famous among Washington politicians. LuAnn responds by setting up an exploitative business, never understanding Mona and her spiritual sense of art-making.

This reading is presented by iTheatre Collaborative and stars Makala Close and Alexandra Erario and is directed by Rosemary Close.

This is the second play reading of a larger project called, Finding the Circle, initiated by iTheatre Collaborative to create and develop interest in American Indian theater in Arizona. Currently there are no theater companies in the state dedicated to Native American theater. This project seeks to give voice to American Indian artists in Arizona, as well as an opportunity to incorporate a creative placemaking initiative in Phoenix. The purpose of this project is to begin a much broader artistic program of placing the theater arts into the hands of the Indian community to create, to be inspired by, and to live better.