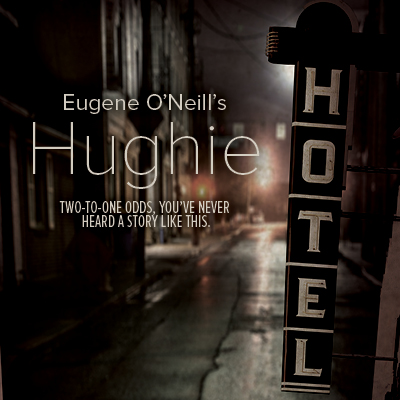 Erie Smith, a small-time gambler, wanders home to a seedy New York hotel fresh from a grief-stricken bout of drinking: Hughie was the night clerk and once-captive audience for Erie’s tall tales whenever he arrived, but Hughie is dead. Erie had always considered Hughie his good luck charm. With Hughie's death, Erie’s luck has changed for the worse, and he finds himself in dire straits. Then, Erie meets the new night clerk, who reminds him enough of Hughie that he takes the gamble that his luck is about to change.